Looking At Him Looking: Daniel Elkin reviews THROUGH A LIFE by Tom Haugomat 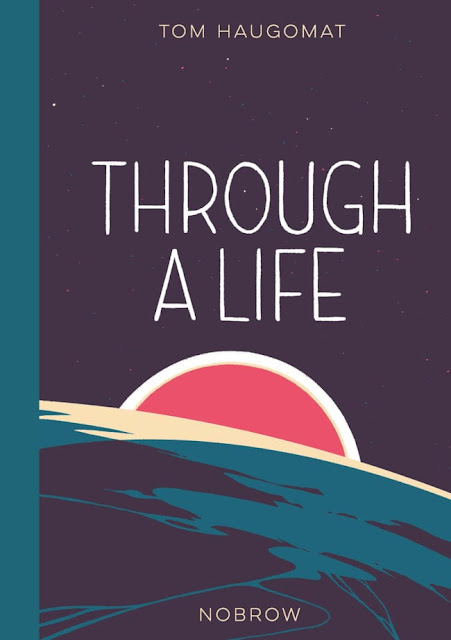 We are all, in some sense, voyeurs. It’s inevitable as we watch the world before us unfold. Yet, never before have we had such access to the lives of others. And as we willingly and carefully curate and document our own lives for the edification of others, privacy becomes a tenuous space. Still, the act of watching others is how we learn: learn to grow, learn to hope, learn to dream. But what is the value of watching others as they watch their world? What do we learn from this?

In Tom Haugomat’s beautiful new book from Nowbrow Press, Through A Life, the answer seems to be that through this act of voyeurism, we learn that growing, hoping, and dreaming ultimately leads us nowhere except to disappointment. 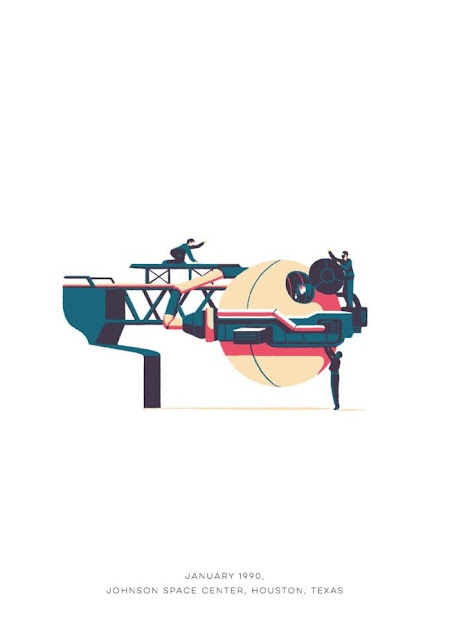 Told through a series of single-page illustrations, Haugomat places his main character, Rodney, in time and space and then, thorough point-of-view, focuses the reader on what this character is seeing. Each page turn marches the perspective through a lifetime, year after year, from earliest memories to final moments, the full range of a life lived. By this, we are given access to the creation of Rodney’s hopes, the development of his dreams, and the brutal realities of eventual disappointment.

Haugomat is, first and foremost, an illustrator whose background in animation is instantly apparent in this book. Paring his visual cues down to their essentials, Haugomat works in forms mostly, eschewing detail in order to broaden the reader’s connection to the work. But what his illustration lacks in specificity, it makes up in his use of color. Suffused with a consistent palette throughout featuring a bold blue, a pale yellow, an inky black, and an amazingly vivid red, Haugomat’s work pops from the page, as if it is a series of propaganda posters advocating for a carefully constructed political platform that is, at its heart, a vision of an idealized world unobtainable, an illusion, a fraud. 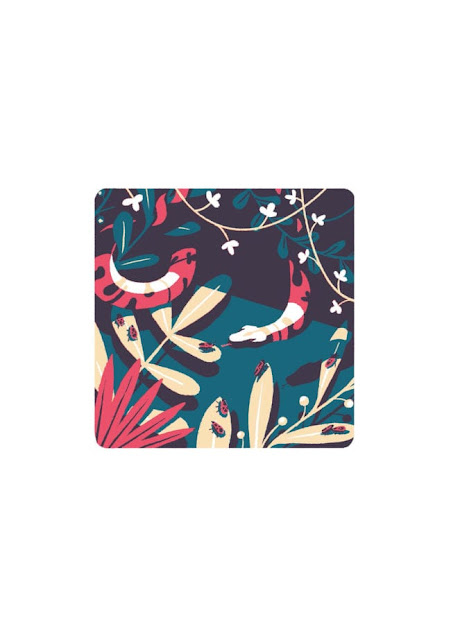 “Rodney spends his life looking through…” begins the blurb on the back of Through A Life. He’s an observer whose observations gives him a distance, sets up a barrier between himself and his experiences. As such, the emotional beats of the book seem as detached from the truth as Rodney himself is from the reality of his life. As he grows and hopes and dreams, there is an inevitability to the loss he encounters, but, because of the manner Haugomat has framed this work, the visceral impact of these losses on the reader are lessened. We are only observing someone else observing, after all. 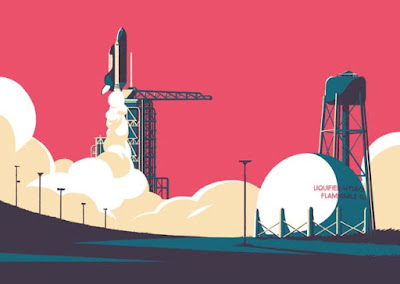 There’s an interesting, albeit well-worn exploration of the juxtaposition of the micro with the macro in Through A Life, as Haugomat tries to bring the reader’s attention to (while raising the value of) the small moments in life by placing them in contrast to the vastness of space and the notion of grand exploration. But, once again, through the distance engendered by Haugomat’s narrative and artistic choices, this, too, seems a specious and misleading propaganda. It’s as if nothing ends up mattering in the end -- that in reality, everything is disappointing because we expect too much from it all.

Perhaps this is the parable of our times.

Perhaps, too, the value of Through A Life is not just in its striking beauty as a work of craftsmanship and art, but in the fact that its lies are so blatant while its truths are so revelatory.

Daniel Elkin is the EIC of Your Chicken Enemy, the Former Small-Press Comics Editor for Comics Bulletin, and has Bylines at Loser City, Psycho Drive-In, Wink, Factional, WWAC, Shelfdust, and PanelXPanel. He's a High School English Teacher in Northern California. He'll talk to you about Sandwiches and that Tusk is the best Fleetwood Mac album.