Matt Vadnais on Theo Macdonald's BLAH, BLAH, BLAH: NOTES TOWARD AN IGGY POP BASED ART PRACTICE as a Dionysian Essay 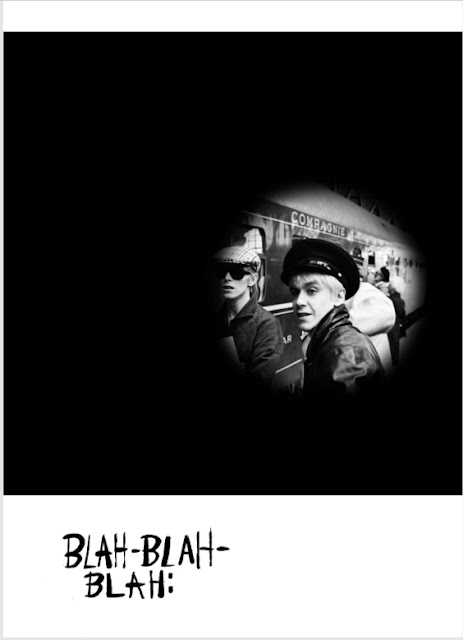 In Blah, Blah, Blah: Notes Toward an Iggy Pop Based Art Practice, Theo Macdonald describes Iggy Pop as looking “so broken” in late-night television interview footage from the 1980s. In a particular interview filmed in 1982, recorded while Pop was missing a front tooth, Iggy suggests that this brokenness is part of the point, claiming that his aesthetic is wholly Dionysian. When given the opportunity to clarify, Pop differentiates Dionysian art from the Apollonian by framing it as temporary and event-based; he compares the erection (!) of a fifty-foot paper phallus in the context of a drunken festival to the creation of a more permanent sculpture. The interview is free-wheeling enough that Pop doesn’t get a chance to more fully outline the dichotomy he is drawing which, as far as I can tell, owes itself to Nietzsche’s Birth of Tragedy. For Nietzsche, the binary has to do with order and disorder; one gazes as long as one can into the Dionysian realms of madness, fluidity, and darkness in order to be able to endure the ordered, logical dictums of the Apollonian light that, for a number of reasons, have found more traction in the institutions and practices of the modern world. Though Pop doesn’t finish the comparison in words, he consciously or subconsciously offers himself as an example of the Dionysian by smiling his partially-toothed smile into the camera as says “many people would be terrified to be me, but for me, it’s quite fun.”

Macdonald’s thoughtful and potent visual essay is, on its surface, less interested in this binary than it is in exploring the challenges of capturing movement – and by extension, Iggy Pop himself, whom the comic describes as “a caricature of motion” – in the confines of a static medium. However, by defining comics as a medium by which time is conveyed in vertical and horizontal space – and adhering to a regular, six-panel grid throughout – Macdonald not only attempts to describe and understand an inherently kinetic essence in a medium not perfectly built to preserve movement, he attempts to reckon with an inherently Dionysian artist by using the Apollonian tools of strict panel boundaries, consistent page layouts, and even source citations. As such, the insights that come from individual panels and Macdonald’s well-considered analysis of Pop’s aesthetic as a singular, coherent aesthetic that can be understood in language and static image are in some ways less profound than the bits of the Dionysian that Macdonald sneaks into the medium. 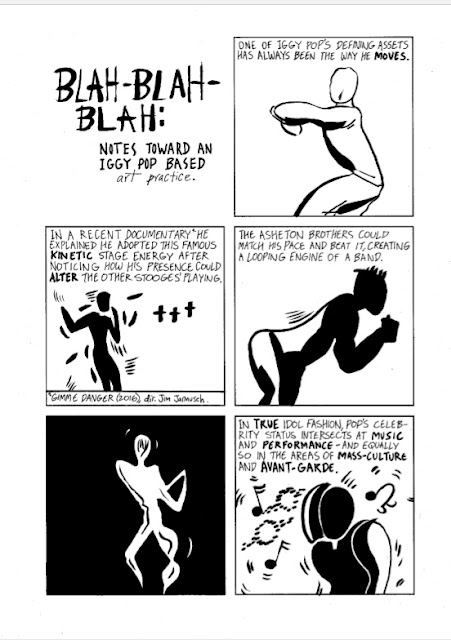 For starters, the individual panels, which borrow (and source) approaches from a variety of artistic traditions, are all exactly the same size. Despite suggesting – if only because this is how one reads a comic that looks like this – that a traditional, linear movement through these panels will reveal meaning, the identical panel size invites one to read each image of Pop as a part of a composite in which the never-revealed portrait of Iggy Pop comprises every image at once; the apparent order of the page invites the reader to construct a kind of flip book of the mind in which one image morphs seamlessly into another. This trick not only holds what is perhaps Macdonald’s real assertion about creating movement in comics, but it also manages to destabilize the notion that Iggy Pop is a singular, Apollonian entity, instead presenting him as an elastic Dionysian polymorph. These images themselves are delightfully human and abstract in equal measure, working with blank space and shape to evoke creative possibility and kinetic energy.

As importantly, Macdonald abandons the borders of the panel three times: he introduces the title on page one, creates a space half-way through to return our attention to Iggy Pop, and ends the comic with a reminder that what one has been reading is just notes and not a finished product. It is appropriately Dionysian that the most overt nod to an academic structure – the transition back to Pop as a subject – draws attention to itself as a panel without a boundary. Likewise, the final panel’s reminder that this comic is intentionally incomplete uses its lack of a border to bleed into the general space of the page and push into the future. By doing so, Macdonald draws upon another Nietzschean notion that animates the life and work of Iggy Pop, the idea that we do not live in a world of fixed being where things are things, but rather, we live in a world of becoming where nothing is ever finished changing. 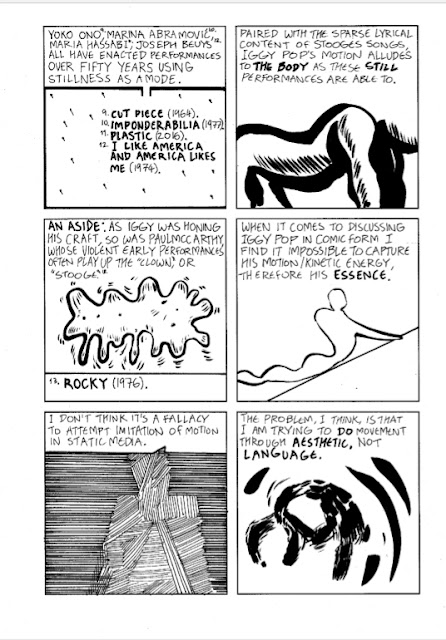 In a world of being, Iggy Pop’s most recognizable song, “Lust for Life,” is a decadent artifact of Dionysian life, wielding frenetic handclaps to a tale of debauched nightlife where one dances “like hypnotizing chickens.” However, the song never stopped becoming, morphing first into the somewhat-predictable anthem made once-again famous by the movie Trainspotting before much less predictably becoming an advertising jingle for a distinctly non-Dionysian cruise line in a series of commercials very much selling the illusion of the Apollonian signified by the bright sunshine and status symbol that is a vacation made possible by the invisible labor of thousands of people. Though it is certainly ironic, a cruise ship selling nearly identical experiences by using a song written by “the world’s forgotten boy, the one who searches only to destroy” is in many ways a perfect distillation of what Nietzsche described as the purpose of the Dionysian: to linger in the shadows and provide meaning by contrast. 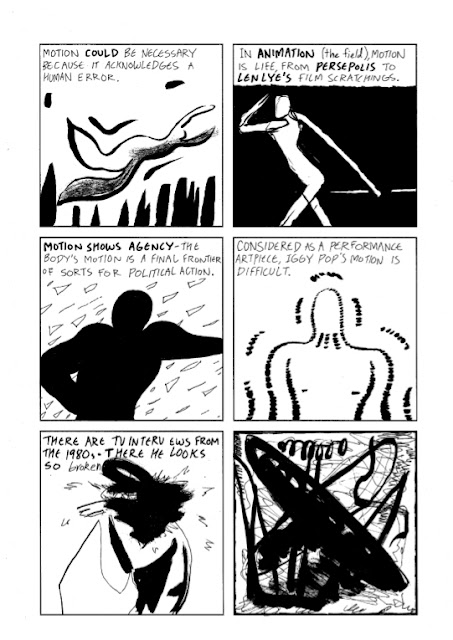 All told, Macdonald’s short comic accomplishes much in the way of thinking about artistic modes and media; it functions as a primer to Pop’s oeuvre in a similar way that Scott McCloud’s Understanding Comics – which the piece cites – functions as a thesis about the medium of comics. Unlike McCloud’s book, however, Macdonald very much invites the reader to take up these notes and add to them by revisiting Pop’s work – and specifically footage of him dancing – for themselves. This kind of a viral collaboration, in which an art object cannot be viewed without seeding further acts of creation, appears to be the real Iggy Pop based art practice; Macdonald, without saying as much, convincingly invites the reader to participate.

It has been a long time since I have read something that so completely left me wanting to get up and make something.