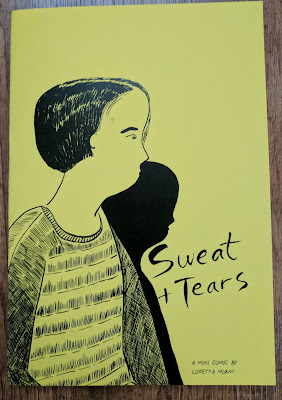 One of my favorite things about September, besides it being the start of autumn, the month of my birthday, the beginning of football season, and my annual pilgrimage to Bethesda, MD for SPX, is that it starts with the SF Zine Fest.

If you’ve never gone, SF Zine Fest is one of those small events that brims with energy, excitement, creativity, and community. In the midst of all the muck that is this world nowadays, this little festival is a panacea, infusing you with a new sense of purpose and zeal.

For me, it got me excited about comics again.

One of the books that caught my eye at SF Zine Fest this year was the yellow-covered mini comic by Loretta Miauw, SWEAT + TEARS. According to a small biography I was able to find on an online magazine called The Rusty Toque, Miauw is “a youth worker, arts facilitator, and comics artist currently living in Toronto. She self-publishes the series Dreams of Loss and Transformation as well as poetry zines.” According to her Instagram account, she’s a self-described “Qweerdo azn femme making comics//illustration//zines”.

What Loretta Miauw is most, though, is an amazing artist.

SWEAT + TEARS is a love letter at its heart. Addressed to “April”, SWEAT + TEARS follows a young woman that has moved to the city, bolstered by her loneliness, and embarks upon a journey to find missing cats. There’s a heartbreaking honesty to Miauw’s cartooning, an almost furtive grasping of the rawness of her character’s sense of isolation and apartness from those around her, as well as a slowly paced confusion as to motivation that smacks of self-delusion. The casual ink-strokes that make up Miauw’s cartooning breathe wide, as if meditative, as if always only steps ahead of an ensuing panic attack. 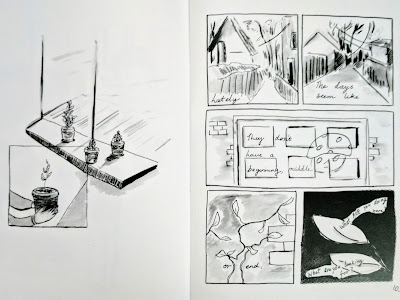 Loss and change are the staples of existence. How we respond to these factors define who we are and shape who we will be. SWEAT + TEARS replies to the questions of “what ARE you doing here” and “what are you looking for” by gently tapping us on the shoulder and pointing at a mirror containing a reflection of ourself through someone else’s eyes. The seemingly random acts in which we suddenly find ourselves engaged often times erupt out of longing for what we once had without us even realizing it. SWEAT + TEARS holds this as an operating principle, but does so with a muted and subdued knowing nod. 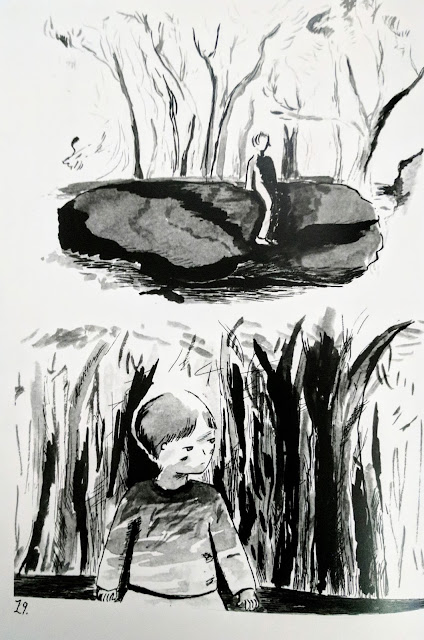 It is an affirmation, no matter how much this makes the tears stream down our cheeks.


I wish I could point you to a place to get your hands on this spectacular book, but I can’t seem to find anywhere online to buy it. On Loretta Miauw’s Tumblr, though, it says, “Enquiries: Loretta.miauw@gmail.com”. I guess you could try her there. See if she has any copies available. Tell her I sent you. It’ll be okay.