Reading Darkness As Yourself: Frank Candiloro’s BLACK -- review and interview 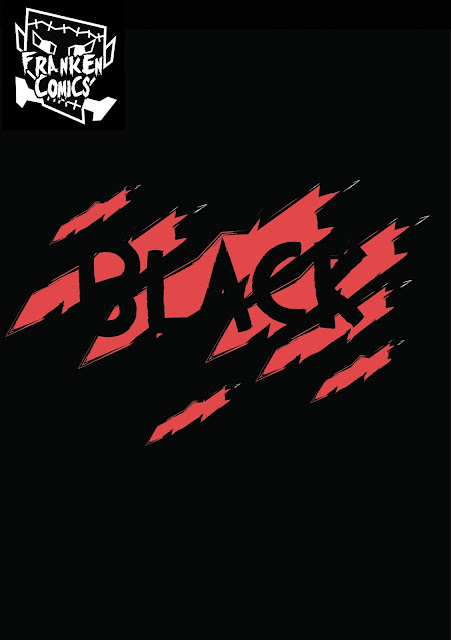 There’s an old adage about how when you read a text, it, in turn, reads you. We bring to our reading our a posteriori knowledge and use the sum of our experiences to make meaning. As each of us have different lives, so too do we have different readings.  This implies that perception is an interactive experience, and, as Heraclitus reminds us, “No man ever steps in the same river twice, for it’s not the same river and he’s not the same man.”


Go on, grab your favorite book or album or poem from your youth. Though you may remember how you embraced it then, see if it still resonates along those lines now.


It has become something new, hasn’t it? Therein is the acknowledgement that you have grown older, gathered new information to process the world, moved on.


So it is with art. Truly profound works expand to embrace the multitudes of perception; they are as much of a statement of the artist as they are a tabla rasa for the audience.


So it is with Australian cartoonist Frank Candiloro’s new comic book Black.


In Black, Candiloro is tapping into something primal. In only ten wordless pages suffused with his German Expressionist woodcut art style born heavy with blood red and inky black as his palette, Candiloro has created almost an epyllion to the cycle of self-doubt that is the product of our disquiet. Open ended, it beats with the undulating rhythms of a descent into the self, the riptide caused by the meeting of desire and failure, the pulse of the lungs gasping for air as we struggle to free ourselves from the corpulent weight of depression.


Though there is no dialogue, Black is filled with our screaming and the echoes of us pushing against every wall we create for ourselves. 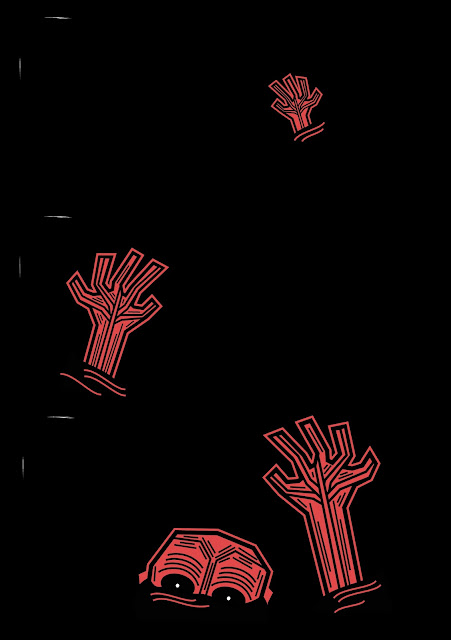 As I read Black, it read me back, and laid bare the monstrosity of my own struggles -- abject in its darkness, syrupy in its message.


It is his best work to date.


What follows is a transcript of my email conversation with Candiloro about Black:


Elkin: It really seems like your forging some new ground with this book. What was your inspiration for Black?


Candiloro: It actually came from a very silly idea - I wanted to do a 50 page comic filled with nothing but black pages - no panels, no text, just black. Almost like an anti-comic, if you will. It was a very cheeky idea but you know, I'm always looking for different ways to explore the medium so it seemed like an amusing idea at the time.


Of course there's no real incentive for a reader to buy it, and certainly no fun for me to make so I kind of abandoned it for a while. I kept thinking about it though, and I realised that I liked the idea of darkness being this element that threatens to overcome you; I think we're all scared of the idea of "blacking out" - darkness is what is waiting for us when we die and what scares us is that it can represent just about anything that we are fearing or struggling with. I had been having a lot of struggles with depression and anxiety for years so that was certainly an influence. The idea behind it is that the "darkness" that the main character is struggling with in the comics can represent whatever the reader is feeling at the moment. 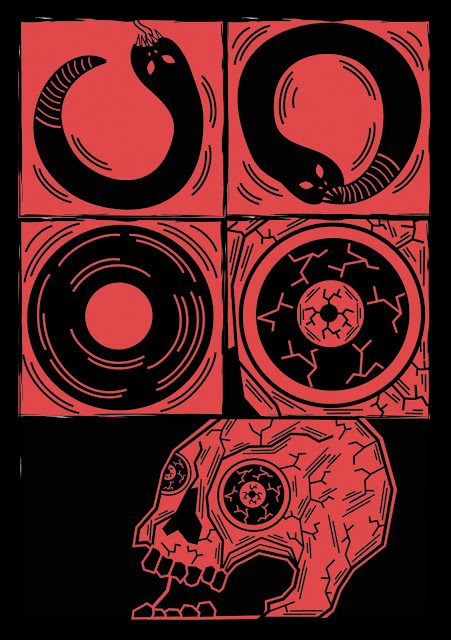 Elkin: There are a lot of archetypal and totemic imagery in Black. Did you know how your pages would look before you began, or did they seem to evolve on their own?


Candiloro: I sort of had a vague idea of how the pages would look - it started off with the main character swimming in blackness and i incorporated more images after that. Most of them were just the first images that came to mind - speaking candidly i did have a few suicidal thoughts back in May (an incident involving uni happened which triggered a lot of my issues) but they were very abstract and didn't have any cohesiveness to them, it was just an overall ugliness that i was feeling. I used that as the inspiration for the imagery. I wanted to use a lot of "classic" and primal imagery that I think we all have experience with because in doing so it would be easier to relate to and thus the reader could project themselves onto the comic using whatever it is they are going through at the time.
Elkin: Does Black, then, end on a message of hope, of acceptance, or something else entirely?


Candiloro: To be honest I'm not really sure - I think I just left it ambiguous because it felt right. I'm not against having clear messages in my comics, I've done this with previous books of mine but for this particular comic it felt a lot better to have it be vague - it's whatever you need it to be. We don't always have universal feelings and experiences and so I don't really want to speak for others who may be going through the same thing I was, as they may be dealing with it differently; I am certainly in a much better place mentally than I was back in May but others may not be. So it worked for this comic. 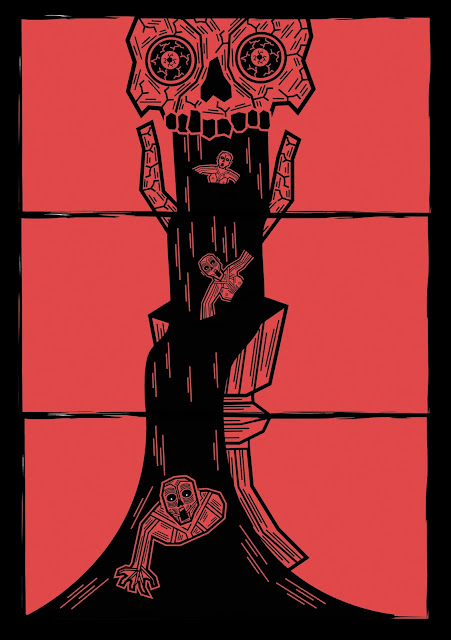 “So it worked for this comic” may be the understatement of the year. Black is a comic for you because it is of you as much as it is of Candiloro.

The book releases on November 27th and will be available digitally soon after that. You’ll want to head on over to Candiloro’s web page to order it then.