So. Many. Words. About BEST AMERICAN COMICS 2015 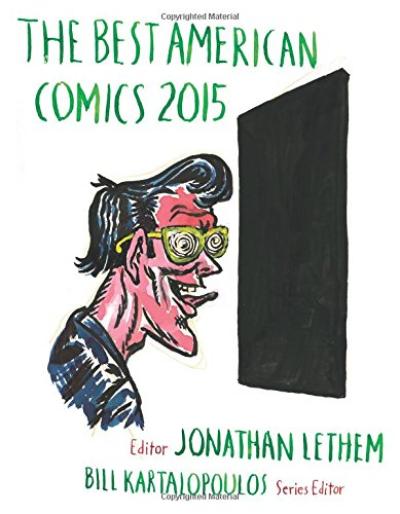 Over on Comics Bulletin, Kyle Garret, Jason Sacks and I write a lot (and I mean A LOT) of words about BEST AMERICAN COMICS 2015 edited by Jonathan Lethem. While we talk about the book, we mostly talk about what makes comics, "comics" -- I think you might like the piece.


What is important is that the experience of reading The Best American Comics 2015 is participatory. The audience engages actively in their response to these works. It is not the passive entertainment of reading the endless serialized exploits of garishly garmented exemplars of public morality punching villains in the taint. Rather these comics demand the audience’s partnership as much as they demonstrate respect for and trust in their readership. As they emerge from personal perspective, oftentimes they require consideration and empathy to grok. Because of this, immersion in this world, perhaps, makes people just a little bit better for having done so. The more people are exposed to other voices, the more they realize that we are all, ultimately, singing the same song into the darkness: Know me for who I am because when you strip everything away, I am just like you.
By working in the intersection between words and pictures, these “deep cuts” and “termite” comics (as Lethem calls them in his introduction), force the brain to operate in a more personal and affecting way. It is inviolable.