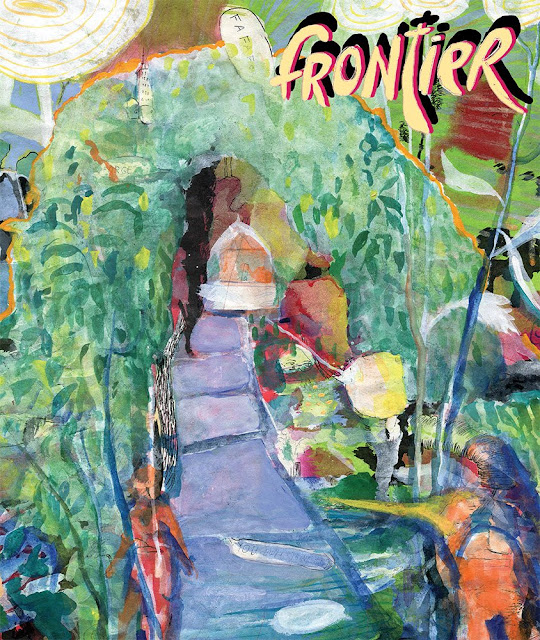 We are where we come from, the saying goes --- and if that's the case, Lauren Weinstein's newborn daughter, Sylvia, needn't worry about being beautiful, because she comes from somewhere very beautiful indeed.

Something, it seems, of a "miracle baby" in that her parents were a bit older and largely (though not entirely) convinced their child-bearing years were behind them, Sylvia's birth changed everything for mother, father, and older sister in ways foreseen and less so, but no matter where the road ahead takes any and all of them --- and there are times when it gets rocky for all children, all families --- she comes into this world gifted (a term I flat-out despise and generally don't use, the transition of fluid, intransigent, interpretive verbs into hard, fixed, intractable nouns frequently a sign of once-dynamic languages atrophying ---but in this case, trust me, it really does apply) with an earnest and heartfelt love letter in the form of Mother's Walk, which marks issue #17 in Youth In Decline's long-running "rotating cartoonist spotlight" series, Frontier. 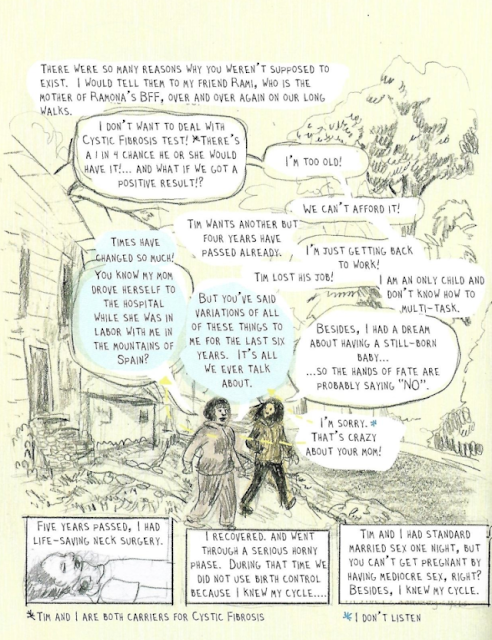 Fortunately for us all, though, Lauren's visual hymn to her daughter is hardly a love letter overflowing with cloying sentimentalism for its own sake, but instead it’s a non-linear, even elliptical, rumination on the days (hell, moments) before a new life enters the world, and the "ripple effect" such a momentous occasion --- to say nothing of such a momentous, limitless, freshly-birthed human being --- has on everyone touched by it; by them. On how seeing things from a hitherto-unforeseen perspective changes the way one views past, present, and future. On the practical, emotional, even spiritual ramifications of loving someone immediately and unconditionally upon their arrival into the world. The thematic breadth and scope of this work is truly astonishing, and it's a safe bet that even those who read Weinstein's celebrated recent New Yorker strip "Being An Artist And A Mother" would not have seen this coming.

Something this personal, this intimate, this unflinching is clearly something only one person could have created, of course, but perhaps the most impressive single thing about Mother's Walk (and I really must stress, that's a difficult thing to isolate, as every single facet of this comic literally sings from the page) is how absolutely commonplace the thoughts, feelings, sentiments expressed herein are for parents. Not every child is loved so completely as Sylvia is, mind you, but one would hope that most are, and I think we can agree that they all should be. But the rush of conflicting emotions and sensations attendant with bringing forth human life are so little discussed except among friends, family, intimates --- the public discourse on the subject tends to be either clinical, practical, or gushing with insulting levels of borderline, even flagrant, mysticism, either of the traditional (Christian, Jewish, etc.) or "New Age" variety. No thanks, this critic says, to these fundamentally limited approaches that all seem more concerned with patting their own back for being so wise and understanding than anything else. 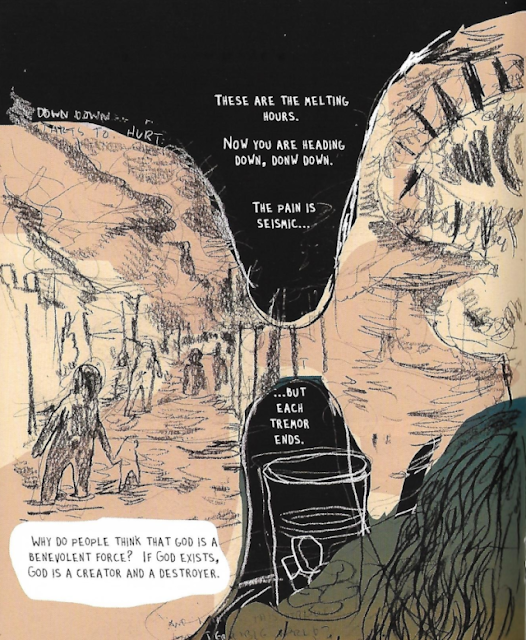 To her eternal credit, Weinstein eschews all this in favor of a kind of "emotional exorcism" approach, her goal apparently to let it all out onto the page --- the good, the bad, and the ugly, of course, but also the conflicted, the confusing, the cosmic. The known and the utterly, ineffably unknown compete equally for dominance in the minds of all new parents, and Weinstein's deliberately loose narrative somehow exists in a self-created space between both of these in a way that illuminates each. It's a heady experience just to read it --- I can only imagine what it must have been like to make it.

I don't know how any swirling miasma of contradictions resolves itself in the human mind and heart, but Weinstein certainly has found a way to communicate this relentlessly joyous struggle by means of her incomparable (a word I invoke in its strictest, dictionary-definition sense) cartooning : thick, dark pencils, "smudged" linework and backgrounds, fluid and frequently border-free panels, intuitive page layouts, and starkly-chosen-but-muted (again with the contradictions!) colors not competing, as one might expect at first glance, but coalescing into a beautifully messy symphony that looks a whole lot like life in all its harried, un-managed magnificence. Comics readers, non-comics readers, and everyone in between will understand exactly what is happening here, even if none of them have ever seen a presentation precisely, maybe even remotely, like this before. 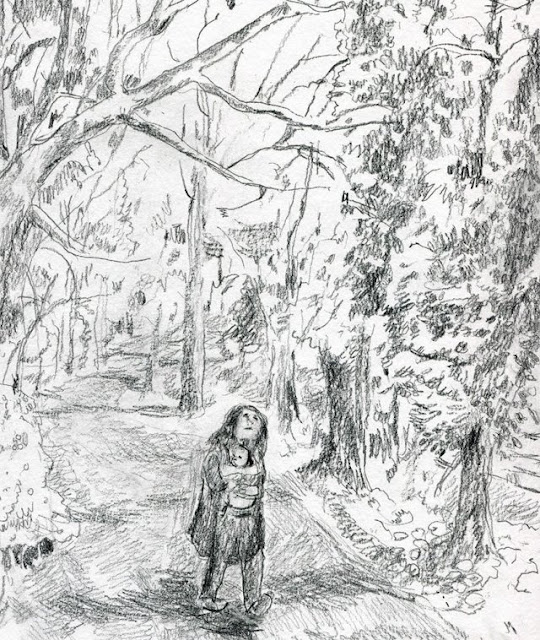 It's not all soul-deep stuff, of course (whose existence, whose story, ever is?), but even the small things --- the humorous vignettes, the tragedies (losing a beloved family pet), the uncomfortable stuff (at least for some of us, given that the book features an explicit and very human sex scene with Weinstein and her husband, a well-known figure in the comics world himself that many a critic is on a first-name basis with) --- are all imbued with a sense of import, of meaning beyond their or its boundaries, not by dint of force but by a naturalistic acknowledgement that everything in life matters because life itself does. We are in uncharted emotional territory for this medium, it seems to me, but we probably have the only "tour guide" up to the job, and while the superlatives for this work have been pouring in at a pretty steady clip, I almost wonder if any amount of praise is enough to thank Weinstein for the sheer amount of her soul she's poured into each and every page here.

We are all more than familiar with rote recitals of a parent's hopes and dreams for their children being committed to print, but those usually end up as the "end all, be all" of most "welcome, new baby" narratives. In Mother's Walk, they are just one factor among many in a journey that goes in any number of directions, often all at the same time, before all roads meet and acknowledge that none of them ever, really, ends. You can't write, draw, or even create a work this absolutely unique and infinitely wondrous --- Lauren Weinstein has brought it existence by the only means possible: by giving birth to it. 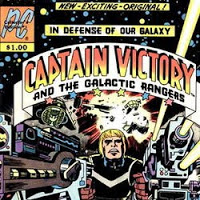