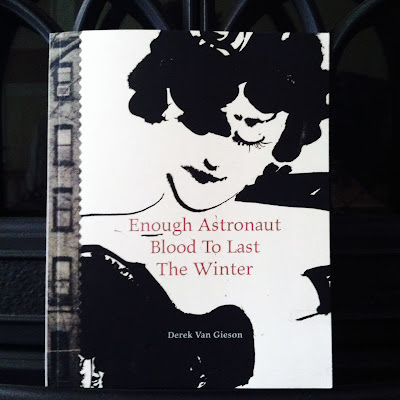 Over on Wink, I wrote about Derek Van Gieson's new book, ENOUGH ASTRONAUT BLOOD TO LAST THE WINTER, published by Fantagraphics Underground.

While not a graphic novel in the traditional sense, Enough Astronaut Blood to Last the Winter is still narrative. The reader understands mood more than movement, but even in this there is still a beginning, middle, and end. So many of Van Gieson’s inky portraits have a surreal sense of disconnect, as much as they convey discontent. His subjects mostly look away, askance, from the viewer, or have their eyes covered completely by hair or by shadow. Many of the photographs are of his subjects caught in the midst of liminal moments, between this and that, indecisive and unsure of how to proceed. And his prose-poems further the sense of unbecoming that suffuses the book as a whole. They are often grounded in the experience of the day-to-day, yet twist out into hypnagogic landscapes and scenarios, as if the “now” only leads to the impossible and the reality of the minute is unfathomable as it stands. 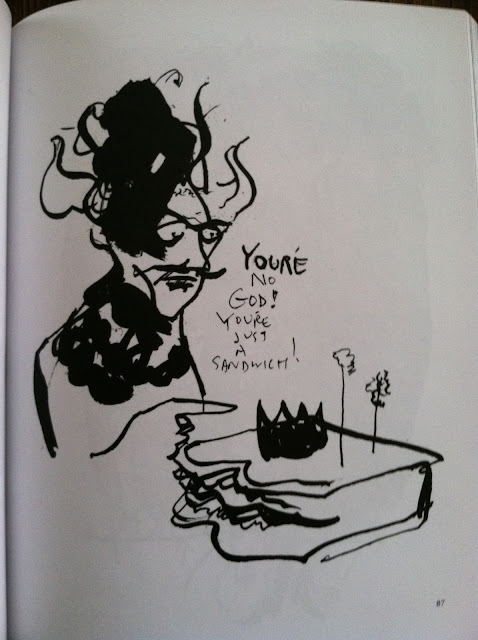