Too "Try Hard": A Review of INTRO TO ALIEN INVASION 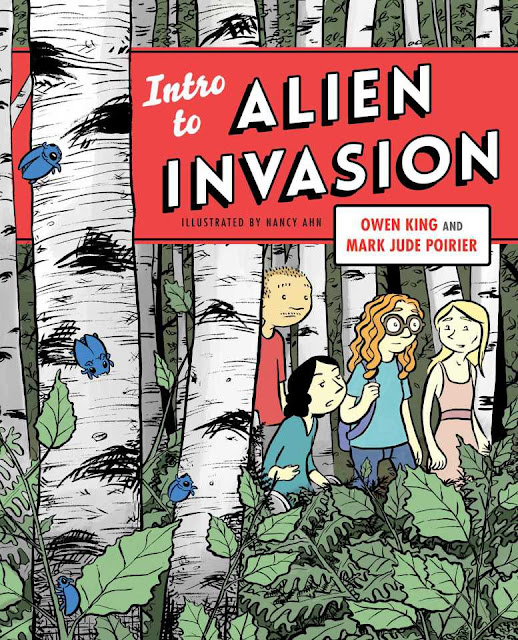 Over on Comics Bulletin, Michael Bettendorf and I wade through the dreck of a rather terrible OGN from Scribner Press called INTRO TO ALIEN INVASION.


Here, in this book, the characters and the setting and the narrative and the drama all bottom feed on the worst aspects of each trope it gels its hair with. Everything is piled on in such a manner that none of it rings true, as if King and Poirier were writing what they overheard instead of writing what they know. There is such an absence of connection points in Intro to Alien Invasion, everything seems covered in plastic, like my grandmother’s furniture, or behind glass, like an octopus at the aquarium. There is no direct experience.
Intro to Alien Invasion is ersatz comicing in so many ways.
My teenage son introduced me to the term “try hard” not all that long ago. From what I could discern through his guttural mutterings, “try hard” is when someone wants to be either socially relevant or controversial or outlandish or “deep” so badly that the intent overshadows the final product. Whatever they create rings false because it is not a true creative vision, rather it’s the approximation of the vision of others — like really bad performance art or post-ironic comedy or indie films that just reek of desperation instead of imagination. The fakeness of “try hard” comes from a level of pathos, I think, as if the need for validation of being part of a group is more important than validation for being yourself. It lacks any sort of authenticity.
Intro to Alien Invasion has “try hard” stink wafting off of nearly every page. King and Poirier have taken on too much in order to swim in a lake they have no business wading into because they never learned to doggie paddle. I felt a little sorry for Nancy Ahn, as her art struggled to keep up with the increasing ridiculous missteps of the narrative.
But bless them all for trying, even if it is “try hard”.