Shelley, The Moon, Artemis, and You – A Review of Dakota McFadzean's HOLLOW IN THE HOLLOWS 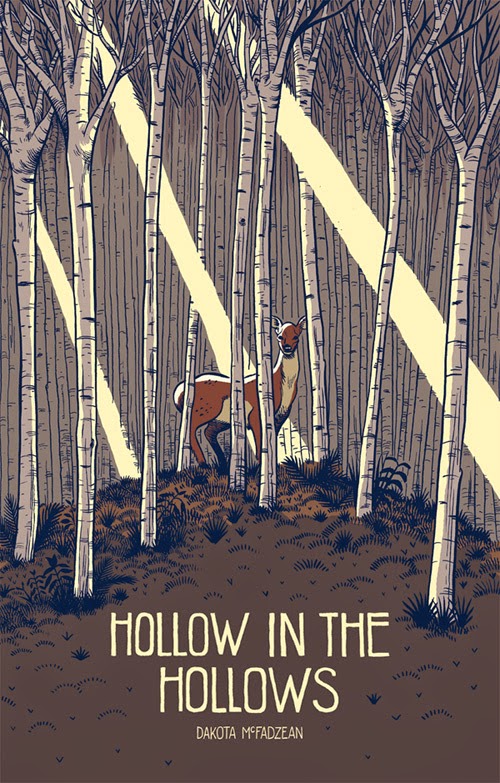 While smacking of pretension, it is important that I quote a little Shelley before I begin writing about Dakota McFadzean's new book from One Percent Press, Hollow In The Hollows. I know. I know... but bear with me, it will all make sense in a moment.

Art thou pale for weariness
Of climbing heaven and gazing on the earth,
Wandering companionless
Among the stars that have a different birth,
And ever changing, like a joyless eye
That finds no worth object worth its constancy?

Okay, that wasn't so painful, was it? As odd of a character that Shelley guy was, he sure could write him some poetry.

In “To the Moon” Shelley addresses the moon about its paleness, and, while doing so, imbues the moon with his own longings and sense of entitlement which then, of course, elevates himself to cosmic proportions. Such was the kind of guy Shelley was. Still, let's separate the art from the artist.

As he was a neo-classicist as much as a Romantic, surely Shelley couldn't help but look at the moon and think of the myth of Artemis, which is where I finally get to start actually talking about Hollow in the Hollows (this may be called burying the lede, but fuck it, who the hell is even reading this at this point).

When I first read Hollow in the Hollows, I kept expecting more to happen. The whole book throbs and pushes towards something vaguely ominous but never pays off in that direction. Its ending rings hollow, as it were. Reading McFadzean here became off-putting in this regard, especially for someone expecting some sort of denouement, no matter how sullied or obscure.

But something about it lingered. 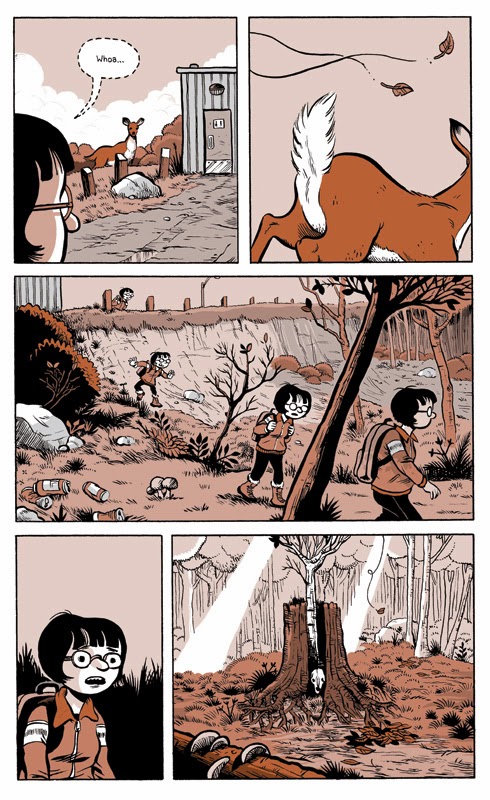 Hollow in the Hollows became an itch that demanded scratching. There was obviously more that was undulating below its narrative surface. It was upon reading Shelly's poetry and thinking about the moon that, BOOM, this book bloomed before me like a Dragon Fruit flower.

All the symbolism is there. The moon, the deer, the forest – it all led to Artemis, goddess of the hunt and goddess of virginity and, yes, protector of young girls.

Once access of this sort is granted, the heretofore tight box becomes a open field. Hollow in the Hollows dances in the coming-of-age trope in a way that both celebrates and forewarns. Not quite a cautionary tale, it resonates with the fear a burgeoning sexuality engenders, the confusion inherent in it, and the almost mystical aspect of change itself. Like I said, there's an ominous tone running as an undercurrent throughout the book which never flowers, but given the context it is the perfect choice for what McFadzean wants his audience to walk away with. 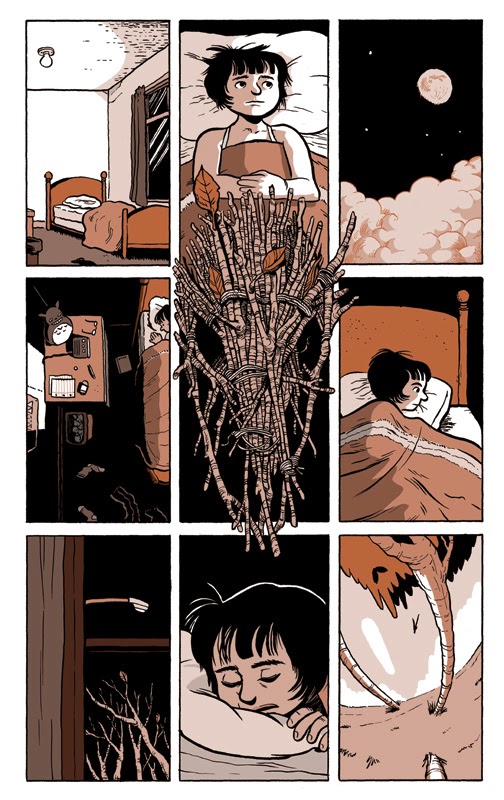 In terms of his art, McFadzean's stylized characters are juxtaposed sharply with intricately detailed environments and details. Objects gain prominence in his panels, while the main characters, through a more abstract presentation, become more universal. You were Mary at one point in your life, you built your totems in the forest only to have them torn apart. Your masks never looked like they did in your mind; they only hide so much. 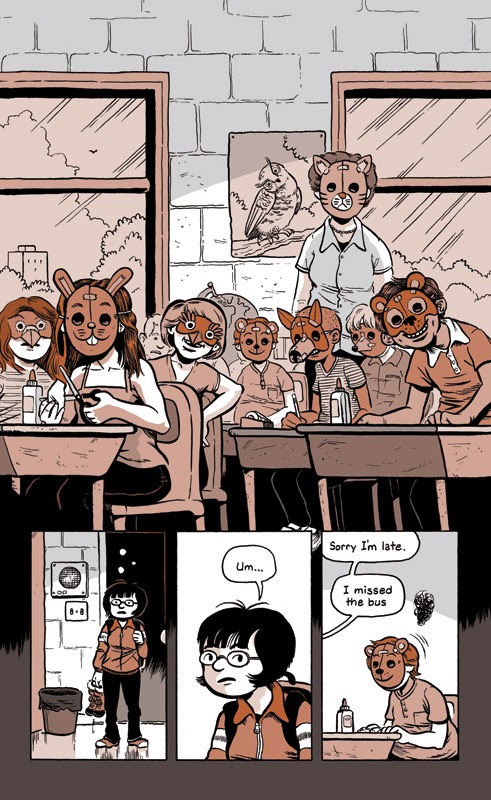 Using intellectual conceits and artistic manipulation, Dakota McFadzean creates an emotional mirror with Hollow in the Hollows. We may not recognize the face it reflects, but we cannot deny the feelings it casts back.

You can purchase Hollow in the Hollows from One Percent Press.