So here it is.

YOUR CHICKEN ENEMY started out as a repository for all my critical writing -- a resume, as it were, for a job hunt (I think). While this site continues to feature much of my writing, along the way it has morphed into a mood journal, an interactive art piece, an opportunity to share, a definition of self.

It's also a daily reminder that I am still here and a mirror onto the man I've become.

And that's Your Chicken Enemy.

As for the writing I've featured here, much of what is truly good was previously published on Comics Bulletin (which you should be checking daily as it features some of the smartest, most insightful, and well-written criticism of comics available anywhere on the web). Some of my favorite pieces were written in collaboration, and I would just like to take a moment to thank a few fellow writers (indulge me, it's my celebration after all).

First off, I would like to thank Comics Bulletin's publisher, Jason Sacks. 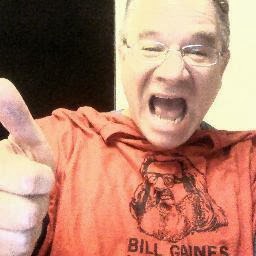 Jason warmly welcomed me into the fold of the Comics Bulletin staff a few years back. Since then, not only has he been a great editor, but he has also become one of my most consistent and insightful writing partners. He's also the guy who reminds me that life is often worth celebrating. I am proud to call him a friend.

One of my favorite pieces I ever collaborated with Jason on was a review of a documentary called Shut Up Little Man. 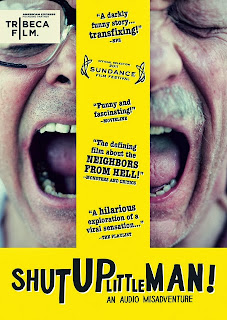 This was one of the first few pieces we worked on together for the Convenient Truths column on Comics Bulletin. What started as a review of a film about these weird audio tapes of two drunk guys fighting ended up being an exploration of art, commerce, ownership, and community. We ended up writing around 3,000 words together about this and I still consider it one of our best pieces.

Next, I'd like to thank my brother from another mother, Keith Silva. I'm not exactly sure when or how I was first exposed to Silva's amazing criticism, but I remember it being one of those sartorial moments where I realized that comics criticism could be taken to a whole new level. After reading a few of Silva's pieces, I gathered the unmitigated temerity to suggest a collaboration.

My memory is a bit shaky, but I'm pretty sure our first work together was a review of Brian Wood and Ryan Kelly's Local. 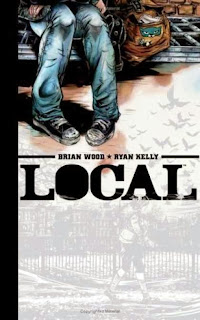 Reading this review again, I'm even more blown away by Silva's insights into this work, as much as I am by his incredible writing. Writing with Silva is like climbing a mountain: it's work, but the views along the way are spectacular and you're a better person for having ascended. Keith brings out things in me and my writing that no other collaborator does. For this, I am thankful for having mustered the courage to start this ball rolling. I'm also thankful to be able to call Silva a friend.

Another of my favorite collaborators has been Justin Giampaoli. 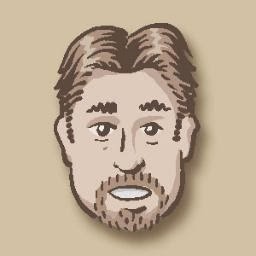 I got to know Giampaoli through Silva, and when the opportunity came up to write with BOTH OF THEM TOGETHER there was no way I could say no.

The three of us have worked on a couple of reviews together. Our first was on Phil Hester's The Coffin, which was followed by Derek Van Giesen's Eel Mansions #1. After these, I gathered the gumption to ask them if they would like to help me explore my strange fascination with Bill Sienkiewicz's Stray Toasters. 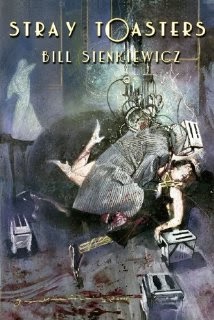 Giampaoli was certainly patient with my ramblings about this book. He and Silva helped me focus and, through beautifully expressed insights of their own, helped me understand why Stray Toasters held such sway over my sensibilities. Giampaoli is also one of those writers who pushes you to write stronger, think deeper, and just BE better. I owe him many sandwiches and hope to be able to pay up soon.

Aaron Meyers is another collaborator I met through Silva (I think). 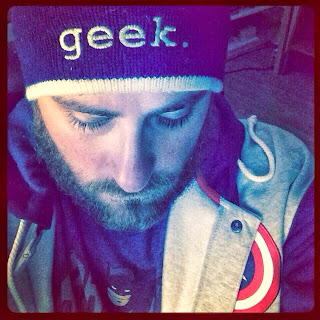 Somehow Silva, Sacks, and myself convinced Meyers that it would be in his best interest to write about Matt Fraction and Gabriel Ba's Casanova: Luxuria. Not only was he game for the challenge, but he brought his unique perspective to the conversation adding a layer of criticism that would have been missed were it not for his insight. 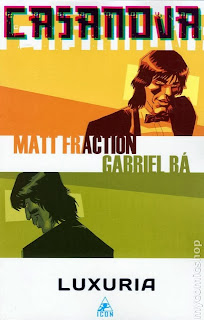 This initial collaboration gave me the great opportunity to write with Meyers a few more times -- on Joe Kelly and J.M. Ken Niimura's I Kill Giants and Will Eisner's A Contract With God. Each time he stepped up to the plate and knocked it out of the park. Meyers is all busy being the king of comics podcasts right now, but some day he's promised me that we will finally get around to reviewing Osamu Tezuka's Message to Adolf.

Next is Nick Hanover. 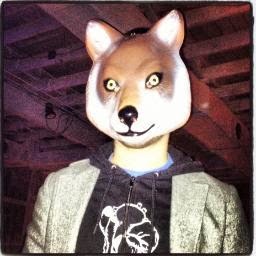 Hanover and I have only written together twice. The first time was a collaborative piece on Derek McCulloch and Colleen Doran's Gone to Amerikay. It was my second writing gig with Hanover that I especially enjoyed, though, a review of Crying In Front of Your Dog by Phil McAndrew. 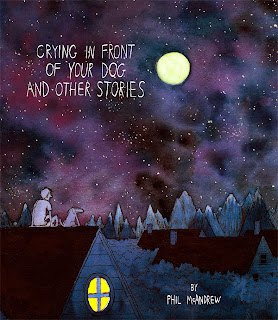 It's this review that shows what kind of critic Hanover is. What started as a review of a gag comic compilation led us to a discussion about Marina Abramovic and comics as performance art. Hanover is putting together a publishing project called Loser City right now which is bound to be awesome. I hope we get the opportunity to write together again.

Next, I wanted to thank Paul Brian McCoy. 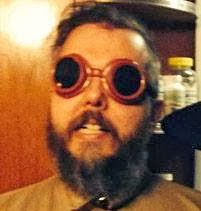 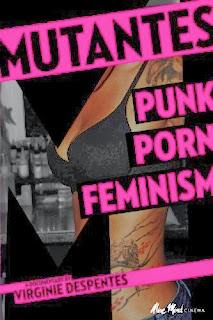 Finally, there is Taylor Lilley. 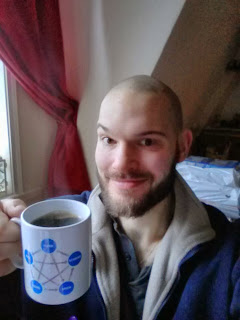 I have no idea how I got to know Lilley. I'll just blame the internet and leave it at that. Lilley and I have only worked together once, when we looked at the intersection between Kyle Baker's Nat Turner and John Lewis' March. 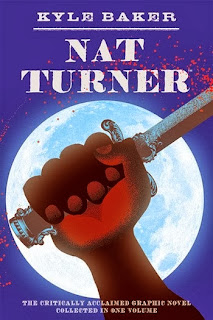 I let Lilley set the tone for this piece right from the start, and thank goodness I did because he took me places I never would have gone to had I been drawing the map. Lilley has a large mind that he has nodded towards comics and the world of comics criticism is all the better for it. I hope to have the opportunity to write with Lilley again. I'm worried that he's going to make me publicly twerk for the privilege, though. Small price to pay, I guess.

I've also posted quite a few songs about Chickens. 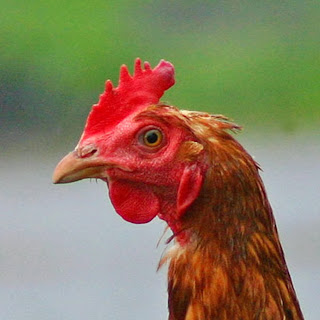 But that's only to be expected.

Anyway -- thanks for being around for the first 1,000 posts. God only knows what the next 1,000 will bring. Hopefully more references to SANDWICHES....

Email ThisBlogThis!Share to TwitterShare to FacebookShare to Pinterest
Labels: Collaborations