In Lieu Of Reviews

This week, in lieu of reviews, I’m just unloading all the fantastic books that have been sitting around in my “TO REVIEW” pile for embarrassingly too long. These all deserve thoughtful reviews, but I’ve either been overwhelmed by all the great books being published of late or unable to find the right words to describe these gems. Please know that if they are featured here, they are spectacular works and deserve your attention.

(Ed. Note: All text featured below comes via the respective publishers)

THE ONE HUNDRED NIGHTS OF HERO
By Isabel Greenberg
Published by Little, Brown, and Company
Available HERE 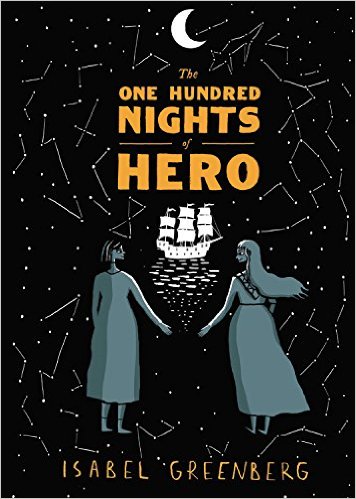 In the tradition of The Arabian Nights, a beautifully illustrated tapestry of folk tales and myths about the secret legacy of female storytellers in an imagined medieval world.

In the Empire of Migdal Bavel, Cherry is married to Jerome, a wicked man who makes a diabolical wager with his friend Manfred: if Manfred can seduce Cherry in one hundred nights, he can have his castle--and Cherry.

But what Jerome doesn't know is that Cherry is in love with her maid Hero. The two women hatch a plan: Hero, a member of the League of Secret Story Tellers, will distract Manfred by regaling him with a mesmerizing tale each night for 100 nights, keeping him at bay. Those tales are beautifully depicted here, touching on themes of love and betrayal and loyalty and madness.

As intricate and richly imagined as the works of Chris Ware, and leavened with a dry wit that rivals Kate Beaton's in Hark! A Vagrant, Isabel Greenberg's One Hundred Nights of Hero will capture readers' hearts and minds, taking them through a magical medieval world. 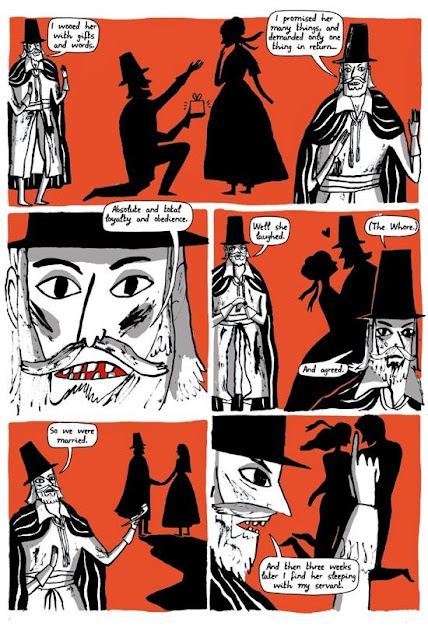 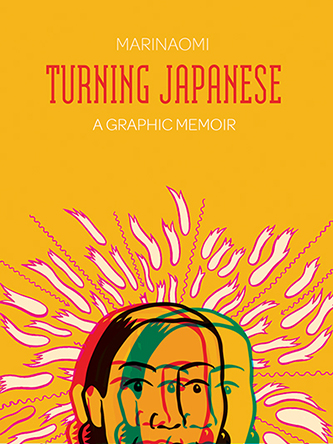 MariNaomi’s newest graphic novel tours the mid-90’s US and Japanese illegal hostess bar scene and her own personal cultural awakening. 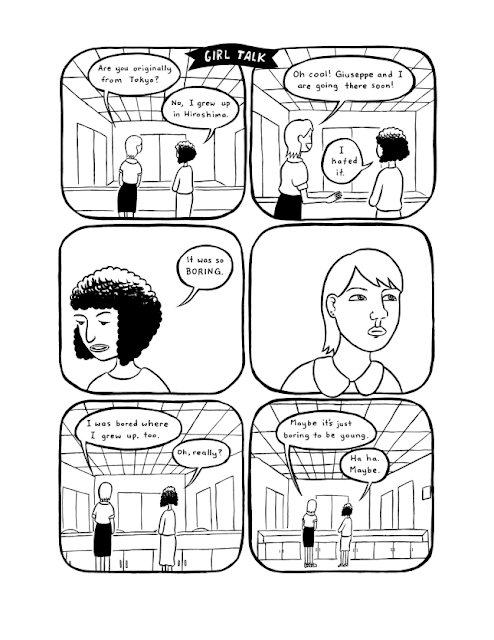 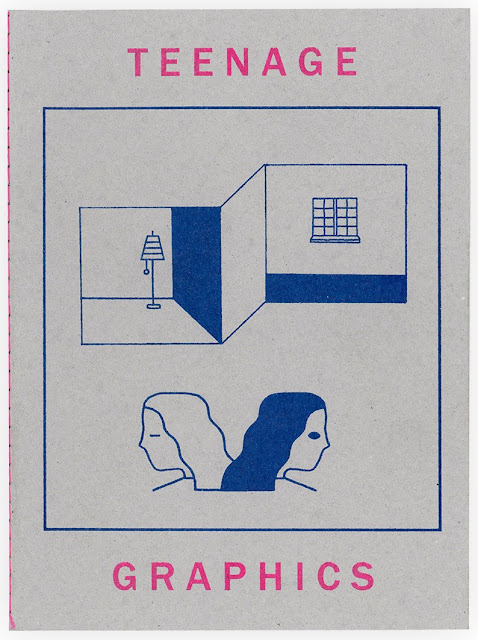 TEENAGE GRAPHICS is a collection standalone images possibly with an overriding theme but possibly without. All of the images were created in silence between this year and last year. 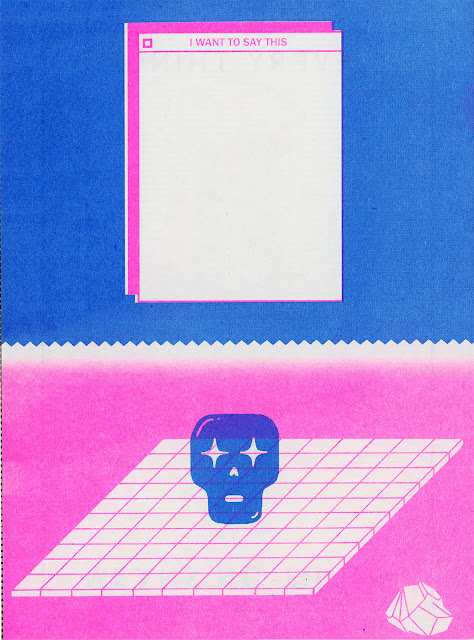 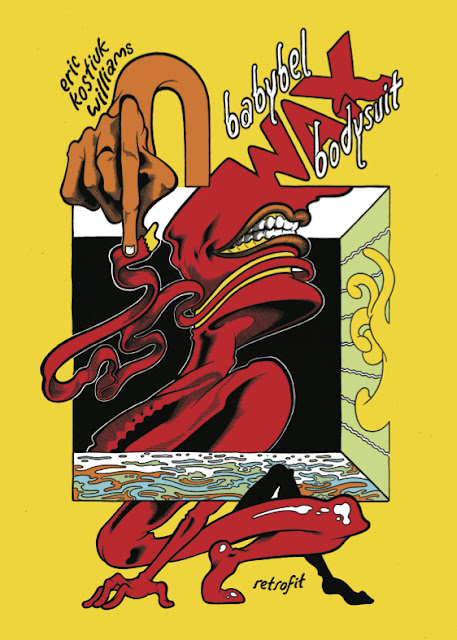 In Babybel Wax Bodysuit, cartoonist Eric Kostiuk Williams presents a collection of short stories delving into self-worth, Internet culture, and the fascinating grotesqueries offered up by our science-fiction present, all rendered in what curator Luis Jacob ("Form Follows Fiction: Art and Artists in Toronto") has referred to as a "unique visual style, narrated in a fabulous spirit of liquid intelligence."

In this issue: our author, as a closeted teen, navigates comic book message boards and befriends a Pentecostal Christian! Keith Haring fights off gentrification in the 1980's East Village! A familiar pop star breaks free of her Las Vegas promoters, one hundred years in the future! And more... 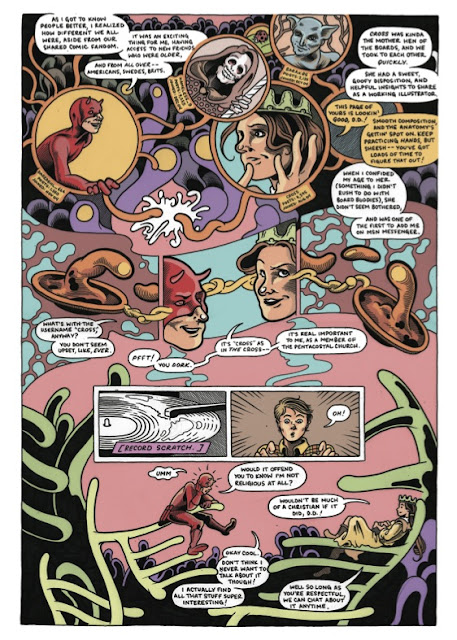 AND THEN THERE WAS NOTHING
By Patt Kelley
Available HERE 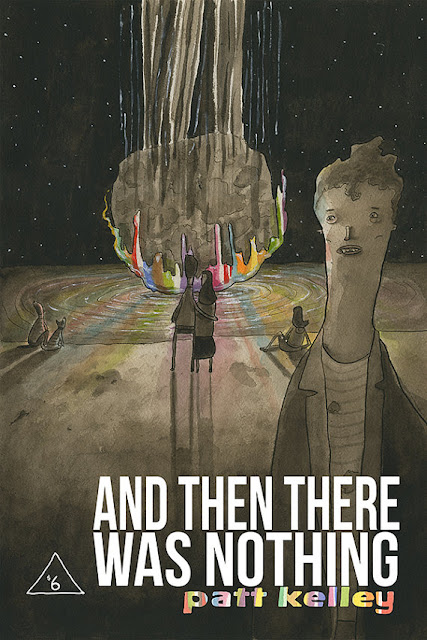 An ecosystem emerges from a sink full of dirty dishes. Eighties mall rats kidnap an unsuspecting man and love ensues. A fart catastrophically ends Thanksgiving Dinner. And Then There Was Nothing is a collection of short stories previously published in various anthologies or seen somewhere on the internet. 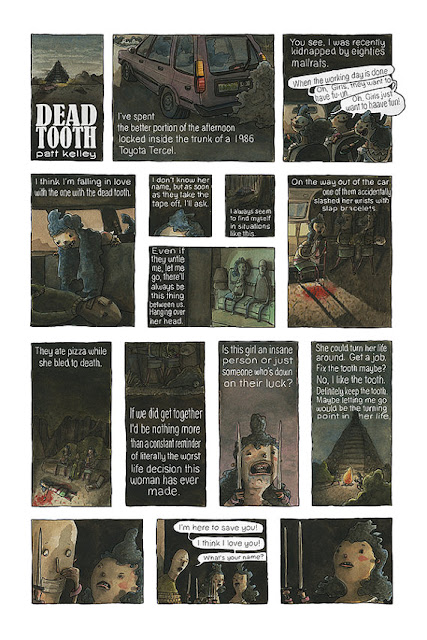